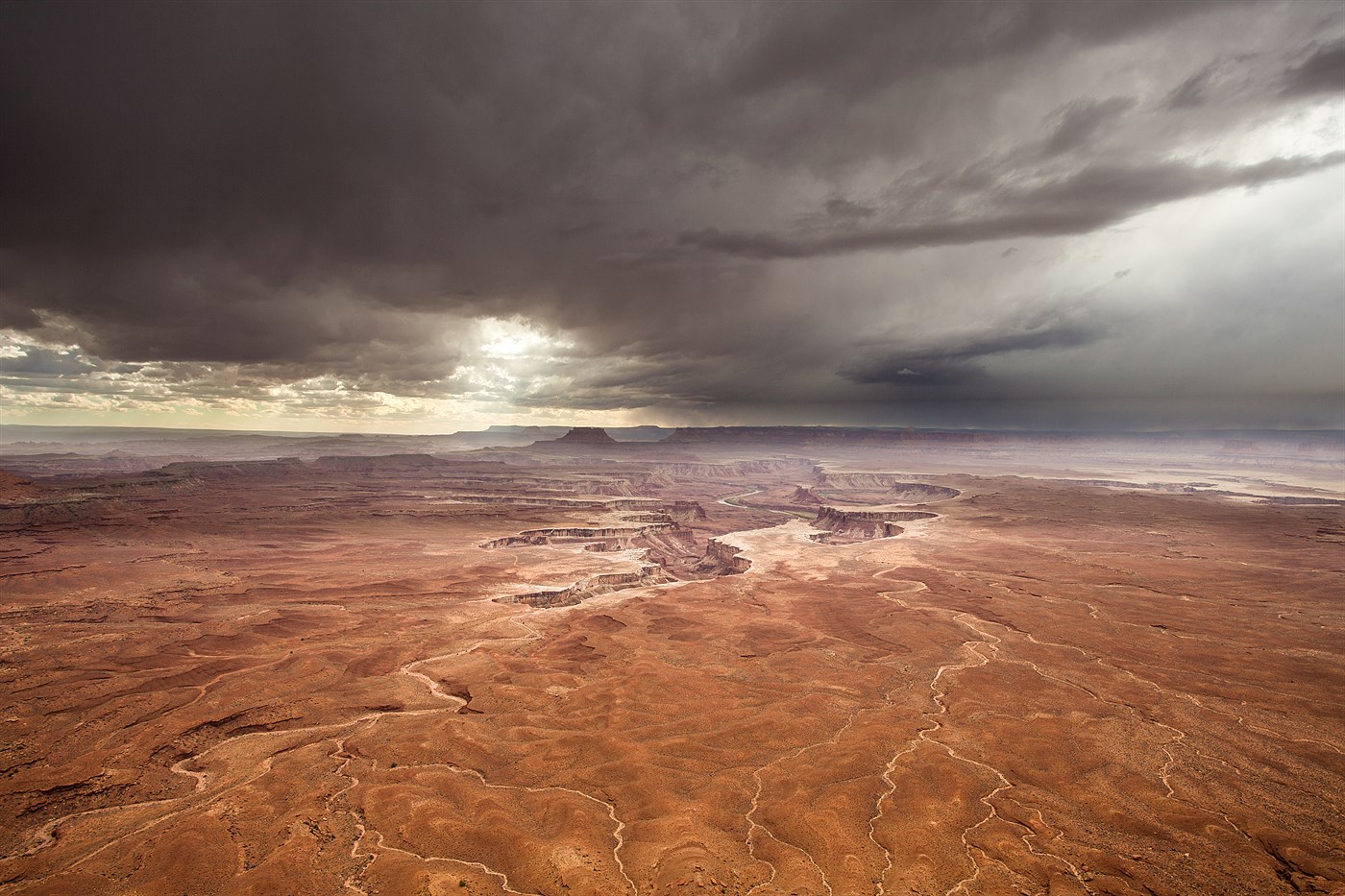 Island in the Sky National Park is the most beautiful place we had a chance to visit. For usual travellers, it is not more than a single road on the small mesa with few stops for looking around. However, the views exceed the ones in the Grand Canyon a thousand times. It is a place where two big rivers meet, and they had time together to create a system of canyons in the canyons which is far beyond the human imagination. We also had a chance to photograph the incoming autumn storm. A few minutes later we were very happy to sit in our car because the temperature dropped down about fifteen degrees and the wind was impassable.